No Widgets found in the Sidebar Alt!

The last and only other time I attended Tekko was in 2019. I ended up going again. This time, I roomed with a local lolita friend, Molly. We stayed in a nearby Airbnb.

We arrived on Thursday and we decided to go down to the con and pick up our badges and check out the flea market. I wore Candy Fun Fair. Molly let me borrow her Happy Garland garland accessory as well as her HUG ME Lemon Milk Kuma Kumya! I had a fun time wearing OTT sweet, since I hadn’t worn it in a long time.

We picked up our badges, but the flea market was wrapping up. There wasn’t much else to do. We ended up grabbing some dinner at a nearby Taco place.

Molly and I twinned Happy Garden! I originally purchased mine from Wunderwelt in 2017 when they were listing badly damaged items on Lacemarket. It was $50 for the jsk and headbow. With a bit of work, I was able to get it looking nice again! I’d had this in my wardrobe since then, never worn as I’d gained a good deal of weight. Now I was able to finally wear it! She let me borrow her Chicky-chan bag.

We hit up the vendor hall first. From the Lolita Collective, I picked up a blouse for my Sunday coordinate as the one I ordered hadn’t arrived yet. I also grabbed an Axes Femme headbow from Rin Rin Boutique. I grabbed a new pink bag from Enchanted Dream Boutique. At Haenuli’s booth, I grabbed a bunch of accessories! As I was wandering around, I found an artist that I met a few conventions ago and decided to commission them for my OC / D&D character!

Molly was in the Fashion Show, so I spent the rest of the afternoon hanging out and chit-chatting with others. I grabbed food in the vendor hall and ate some of my snacks. The new sax shoes I purchased with an Amazon gift card were too small. They listed the US sizes, but I wear about 1-2 sizes larger in Chinese sizes. I ended up grabbing a pair of slippers from Belladonna and wore those for the rest of the day.

I attended the fashion show. There were so many great brands on display! I enjoyed Belladonna’s Furby additions. I also loved seeing Empior Noir’s collection again. She was at Paradiso and I absolutely loved everything. Although not my personal style, I really loved it!

It was also great being able to see Haenuli’s new prints on the runway as well. Personally, I’m most looking forward to the hydrangea print! The black OP is stunning!

I wore Baby’s Cherry Renzevous in white today! I’ve had the JSK for awhile, but I bought the skirt and matching bag in the spring at a convention flea market. Having a large bag to stash all my stuff was convienent. I went for a Beary Cherry theme today and had some bear elements with cherries.

We arrived in time for the Haenuli panel. I was so happy that she’s returning from haitus. I only owned one print by her, but I’m looking forward to what she makes next! I think I’ll be getting the Winnie the Pooh print when it’s released officially. I’d spent a little too much on Mercari and Taobao prior to the Kickstarter ending. So I figured I’d just wait.

Most of Saturday involved hanging out, talking to people, and Molly wanted to check out more of the vendor hall since she didn’t see everything. I got myself a small hoop skirt from Lolita Collective because my petti was deflating and I needed more poof for Sunday! Not to mention it was hot, and the hoopskirt helped tremendously! I also bought a few things by Metamorphose at the Lolita Collective booth, some ankle socks and a hair clip. I immediately stuck the clip on my head!

We attended the Rin Rin posing panel. It was half focused on current lolita fashion trends in Japan. The other half was focused on posing. I found the posing part extremely helpful. I’ve been this awkward one-pose pony for way too long. So now I can use some new poses and look better in photos!

I drew a picture of Haenuli and gave it to her! I only had a tiny sketch book and one of those pens with multiple ink colors. I made it work though! She loved it!

We went to the swap meet. There was a lot of things I wanted but I held out. I did manage to sell a few items, mostly some old cardigans and blouses. Then after that, we got some food at the taco place we ate at on Thursday. Then we hung out for a bit and went to the Lolita Mixer event. The highlight of the night was sticking googly eyes on all the kumyas. I talked to other lolitas and had a good time discussing the good old days before the fashion was so easilly accessible.

We had to get everything packed up and into the car as well as get into our tea party coordinates! We managed to make it on time and not forget anything important! A miracle!

I wore Baby’s Kumya-chan’s Ribbon Ribbon C’est Bon Belle Journée in black. I also finally got to wear my Triple Fortune bonnet I got at Paradiso! I used the bag and blouse I bought on Friday too. So my coord had a lot of items I just bought, even though I brought other items.

We were seated for the tea. Molly and I just got the mid-tier ticket instead of the VIP. We ended up sitting with some people we talked to at the mixer, as well as someone I sat near during the fashion show. Kammie from Minty Mix grabbed a seat next to me. It was great to finally meet her!

I enjoyed the food! I have some dietary restrictions due to health issues. At least there was a variety of items I could eat. This tends to be an issue at tea parties since it’s so focused on sweets and sandwhiches (bread and sugar are things that trigger the health issue). The tea itself was pretty delicious, and I’m glad they gave us some tea to take home! I’ll be enjoying them once it’s cooler outside!

I didn’t win anything at the raffle. Though there were lots of goodies in the goodie bags!

Everyone’s coordinates were great! The ice breaker was a good way to meet other people. I don’t know a lot of people from the PA / Pittsburgh community, even though I’m close enough to attend a larger meet. There were a lot of people from other states too, so that was fun!

After the tea, we went back to the vendor hall. I feel like that’s where we spent most of our time? I drew a picture of Rin Rin and gave it to her, as well as getting an autograph!

The last thing I purchased was a pair of worm on string socks from Minty Mix. They’re not lolita, but they’re amazing and cute.

Then, it was time to head home. I didn’t want to take off my coord, so I just rode back in a van wearing a giant fancy bonnet. We had to stop for gas, and I also pumped gas in it, ran inside for a bottled water. I’m glad that I could show the few people in the middle of nowhere PA the glory of 3F.

Overall, I had a pretty great time at Tekko! I did enjoy 2019 a lot more, but this year was planned very last minute due to financial issues due to the pandemic. It was great to see friends again as well as meet Rin Rin and Haenuli! I think I’ll be adding this convention to my yearly list. 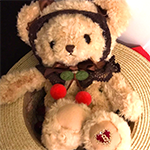 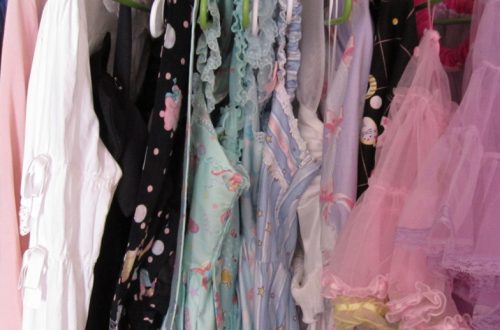 How do I handle now vs when I first started

No comments to show.